Sermons are now being posted here. To access the sermons from August 2009 to May 2011, please go to the St. James the Assiniboine website. The link is in the column to the right. 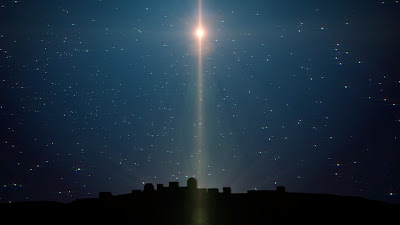 About now, most of you are ready for Christmas, or should be. Many homes may have a Christmas tree and over the past weeks you have thought long and hard about what to give. You went out and tried to locate the best gift possible, as the spirit of Christmas lies in the giving. You have carefully wrapped the gifts and they sit under the tree, waiting for the moment when you either wake up on your own or are convinced the time is right to see what those gifts contain.

Over the season of Advent, we have been waiting, waiting for this moment. We have carefully thought about how to prepare. We have decorated our homes and lit candles. We have been to church; we have prayed and read or heard the stories of John the Baptist as he called people to repentance.

John, the prophet, called us to repentance as a way of preparing our hearts for the coming of One whose sandals he could not untie. He prepared people for the coming of the Messiah, Jesus. It is His birth we celebrate this evening as we recall the greatest love story of all time, the story of God’s unconditional love for us.

As we read this story once again, I could not help but be moved by the journey of Mary and Joseph from Nazareth to Bethlehem. It would be quite the journey, over rough terrain with Mary ready to give birth. Luke is a historian of sorts, and places the birth narrative in context. A census was taken of the entire Roman world and we are told Quirinius was governor of Syria at the time. These are measureable events in history that give us the time line.

The journey for Mary and Joseph was a long one, and many would be travelling. You can imagine how busy it must have been at the inn with government workers and soldiers who were entitled to free lodging, a part of their perks if you will. In the time of Jesus an inn was not anything like we’d imagine as a five star location, far from it. There may have been a circle of thatched rooms with a courtyard in the centre. The travelers would have to bring their own belongings—food, bedding, pots to cook with, etc. So, Mary and Joseph would have been weighed down with all of this extra stuff.

Then, to reach your destination, tired, dirty, hungry, and to be told there is no room at the inn must have been devastating. To be told you would stay with the animals in the manger; that would have been enough to drive anyone crazy. Contrary to some stories, the manger was not a cozy looking stall such as we see in a lot of crèches. Rather, research tells us the manger was likely hewn out of rock in a cave-like atmosphere.

Yet, despite all of this, Mary and Joseph were undeterred. Mary was ready to deliver her child and this delivery would not happen in a sterile environment, certainly not in any hospital. Imagine your infant being born in an animal stall, no fuzzy blankets, just straw and hay and cloth, along with concerned parents.

If that wasn’t enough, soon they would have visitors invading their space and telling Mary and Joseph of their encounter with angels singing and telling them to find this baby.

The scriptures tell us Mary pondered all of this in her heart. Perhaps the first thing she pondered in the midst of the chaos was the voice of the angel Gabriel. “Do not be afraid.” As the Bible says, perfect love casts out fear. Perhaps Mary recalled once again the words of the angel telling her how she would be the mother of the Saviour and how she should name him Jesus. Perhaps the story of the shepherds reminded Mary of the importance of the angels and their words.

It was into a smelly, loud, chaotic setting that Jesus was born, God’s ultimate act of love for His creation. Until now, the world was in chaos and there was war and turmoil around. The world was not a safe place. Humanity was wandering, lost and in great need. As a part of the plan of salvation, God would give us the greatest gift, that of becoming human for us. Now, I ask you. Think back five or so years. What gifts did you receive at Christmas? Can you remember what they were and who gave them to you? Whatever they were, none of them could come close to the gift God gave to you and me and to our world—the incarnation.

From the moment of His birth, Jesus would encounter a real and human world. He would be raised by human and loving parents. He would see as we see, He would feel as we feel, He would dream as we dream, hope as we hope, struggle and be tempted as we are, but did not sin. He would come to know the scriptures. He would know love. And, as He grew, He would prepare for His mission to the world, that of bringing others to know of God’s unconditional love. As you came to know Jesus, you would know God. Jesus Himself would say, “The Kingdom of God has come near,” when He was with someone.

This is the greatest gift: Jesus, the Christ child, and that gift that gave hope to the world that night still gives us hope. That gift that Mary pondered all of her life was born that we, today, might have hope to change a world that has many similarities to the one Jesus was born into. Back in the time of Jesus, for example, life carried on around the miraculous birth. Those in the inn were carrying on their tasks, those staying at the inn were unaware of anything happening of significance. Herod carried on his murderous ways and plotted against the Christ child. Life carried on in complete ignorance of the miracle occurring.

Even today, it is similar. Folks carry on with their lives at Christmas, working, purchasing, visiting friends and family, yet unaware of the presence of Christ in their midst. It is still a dangerous world. War and violence is all around us. On the world front, our leaders are still trying to assist the democracy movement where riots have broken out and peace efforts continue everywhere from Afghanistan, to Iraq, to the Middle East to the very birthplace of Jesus. On the local front, there is still domestic violence, gang violence, high crime rates and poverty.

Christians today are a minority around the world, and especially in the very place where Jesus was born. Christians on this part of the planet ponder, as Mary did, what to make of their faith, of the words of Gabriel to Mary, “Do not be afraid.” Even in the midst of a world full of chaos, God can and does bring order and peace.

That peace starts in our hearts as we make room for Christ to be born afresh within us. As we allow room in our hearts for the gift of God, the Holy Spirit, we are transformed more and more into God’s likeness. The letter to Titus reminds us we have become heirs of God, chosen ones, having the hope of eternal life.

When we experience the love of God within us, it is that same love that drives us to serve as Jesus did, to want to make this world a better place. In many instances that love is spontaneous. Consider Margaret Newton’s story published recently in The Winnipeg Free Press:

Dec. 1 was the worst night of my life.


I left home at 5:30 p.m. to go to a gathering of friends on Pembina Highway at St. Norbert. Coming from North Kildonan, I got completely lost.

Then on a bridge, my front tire exploded. I managed to get the car to the right side of the bridge, but unfortunately it was not far from a right turn. I had no phone so I put on all my car lights and got out.

There were so many cars coming. I stood at the back of my car and waved at them. Some of them yelled at me to get my car out of the way. This went on for over a half hour. By this time, I was actually crying.

Then a car stopped and a lady came over to me. She put me in her car, and we drove to her work to get her phone. She called her husband to see if he’d fix my tire. Then we drove to pick him up and he fixed the tire.

When he discovered where I was heading and that I didn’t know how to get there, he drove my car, followed by his wife in her car to St. Norbert and the apartment where I was going. By now it was 8 p.m.

The name of this wonderful angel who stopped to help is Rosa Tervoort and her husband is Randy.

There are many such good souls in this world, despite all of the negatives stories you hear. There are many such stories right here in our own congregation I am sure. Often, Christians will give of themselves in love never expecting reward or recognition. I want to thank you especially for your contributions to the Christmas hamper that went to a large family at Peguis. The folks who picked up the hamper here in Winnipeg and delivered it were astonished by the love shown to this needy family in Peguis. God is alive and active in His world and works through you and me.

This Christmas, as we rip off the wrapping from our presents, let us remember the greatest gift of all, the gift of the Christ child born this night for you and for me. May that gift be born anew and lead us to deeper and deeper love and faith and may the Lord bless you and yours! 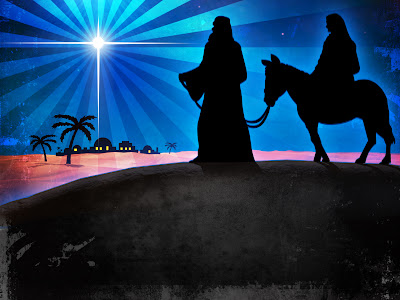